Established in 1996, ELBA’s Mentoring Works programme celebrates its 20th anniversary this year. What started out as a local initiative, has now grown into a large-scale community education programme, helping to bridge the gap between the City and schools; mainly in inner-city London. Since its beginning in 1996, the programme has developed and supported thousands of 1:1 and group mentoring relationships between students and mentors. Relationships that have, in turn, assisted local students to gain confidence, independence and employability skills as well as broaden horizons and raise aspirations.

To celebrate its 20th year, the Mentoring Works team have been catching up with past students to find out where they are now and have heard many positively recounted stories and   experiences.  Accounts from past mentees include:

“The experience was brilliant and I feel lucky to have been involved.”

“It gave me the confidence to aspire and work hard towards my future career.”

“I gained valuable skills and knowledge through business mentoring which definitely increased my confidence. It gave me the opportunity to be who I am today.”

“It was unforgettable and I am still in contact with my mentor now, ten years on. We try to see each other regularly – depending on our busy schedules!”

ELBA is planning a mentoring celebration this Autumn, to coincide with the programme’s 20th anniversary. The event will include alumni, company partners, schools, guest speakers and a chance for crediting and thanking everyone for their support over the years. Full details will be announced in the coming months.

ELBA’s Mentoring Works programme matches Year 10 and Sixth Form students to business professionals working in the City of London. Students are encouraged to develop the skills and competencies needed for future education, training or careers. Mentoring Works has been accredited with the Approved Provider Standard (APS) by the Mentoring & Befriending Foundation. The APS is the national quality standard designed specifically for all types of mentoring and befriending projects. 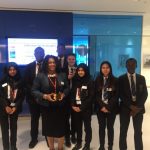 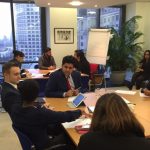