Image: Bupa volunteers and a group of aspiring accountants from Leadership Through Sport and Business at Bupa HQ during a Career Insight Visit in January 2018

At the start of the year we were delighted to announce that Bupa had joined East London Business Alliance. Bupa are now six months into their partnership and have already been incredibly active, delivering a range of fantastic interventions across east London.

Bupa’s organisational purpose is to help people live longer, happier, healthier lives and they have built their Corporate Responsibility and Sustainability (CRS) programme around five key pillars; Customer: Funding and providing quality health and care services, People: Being a place where people love to work and make a real difference for customers, Ethics: Conducting business ethically, Community: Engaging with communities, Environment: Making a positive impact on the environment. ELBA staff have worked with them to meet a range of different aims.

In January twelve Bupa volunteers hosted a group of young people from the east London branch of Leadership Through Sport and Business for a Career Insight Visit. The group were all aspiring accountants and so took great pleasure in meeting a selection of Bupa staff including those from the finance team, having their CVs reviewed and practising their interview skills. They were lucky enough to be visited by both Bupa Chairman, Lord Leach, and Corporate Controller, Martin Potkins, who each offered words of wisdom. A group of year nine students from Willowfield Humanities College had the opportunity to participate in a similar session in March. The aim of both sessions was to engage with local communities, broaden the horizons of young east Londoners and raise aspirations.

March also saw the matching of Bupa’s first Executive Partnership. Director of Internal Communications and Wellbeing, Mairi Doyle was paired with Jane Williams, founder of The Magpie Project, an amazing east London based charity that supports parents of under-fives living in temporary accommodation, for a coaching relationship. Jane Williams said “Mairi is amazing she has been such an ally and has really, really helped me”.

In April Bupa were visited by a group from the amazing Luminary Bakery. Luminary Bakery are a Stoke Newington based social enterprise that offer skills training, paid employment and a supportive community to help women thrive. The group of women had the opportunity to meet with Bupa staff and to develop their pitching and presentation skills, helping them to access new networks and build confidence.

Later in April, Bupa’s Head of Digital Communications, Andrew Pamphilon delivered an incredible presentation at ELBA’s Social Media Club, helping him to pick up the Volunteer of the Month award for April. You can find out more about his session here.

“We were really pleased to join East London Business Alliance in January and we’re thoroughly enjoying volunteering with local community organisations. Working with ELBA has given us access to a really broad range of initiatives that meet the real needs of the local east London community. We have had really good engagement from Bupa employees because there is something for everyone to get involved in. At Bupa, we are committed to making a positive impact on the communities that we serve and we are grateful to ELBA for supporting us to do that in east London.”

ELBA staff have thoroughly enjoyed working with Bupa volunteers over the past six months and have been incredibly impressed with their willingness to engage in a wide range of activities. We look forward to continuing to work with them to help build thriving communities in east London. 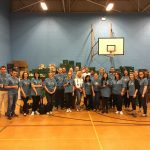 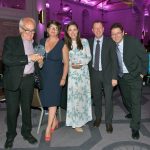