The East London Business Alliance (ELBA) is pleased to announce recent Board changes and new senior management appointments that were approved at a recent ELBA trustee board meeting.

After six years in the hot seat, Richard Reid, ELBA’s Chairman and the London Chairman of KPMG, announced he is standing down from the position as he leaves KPMG after 35 years’ service in September. The ELBA Board congratulated him on his successful term leading the charity, which has seen ELBA survive the credit crunch, conduct a major strategic review and evolve its operating teams away from the long standing Borough Forums to teams focused on the Community development, Employment and Skills and Education sectors.

Perhaps the most significant development during Richard’s period in charge has been the launch of the London Works not for profit, trading subsidiary in 2014. London Works is a recruitment agency for graduates and “A” level leavers specializing in diversity and non-traditional candidates and has placed over 160 young people in City and Canary Wharf jobs since launch. Despite many challenges, Richard can take pride too that in each year of his chairmanship, ELBA has managed to return small financial surpluses and, perhaps uniquely in its sector with a current staff complement of 48, is as big now as it was before the crunch.

The Board is delighted to announce that the new chairman of ELBA is Chris Watson, a senior partner specializing in Communications law at CMS London. Chris has been a long-time supporter of ELBA. Since 2001 he has been active during both his time at Allen & Overy as well as now at CMS. In addition to having been a main board trustee for the last five years, Chris served successfully as Chair of the Tower Hamlets Community Forum for around four years and volunteered as Chair of the Centre of the Cell in Whitechapel as part of ELBA’s Board Builders programme.

As part of its ongoing reorganization and as one of its first major changes under its new Chair designed to meet the increasing needs of its members and community users, ELBA has launched a second new, not for profit trading subsidiary to be known as ELBA Works Limited (EWL). EWL will manage and deliver the Community and Education efforts of the parent charity. To lead that effort we are pleased to announce the appointment of Bill Boler as its first Managing Director. Bill joins on 10 August from Business in the Community (BiTC) where he has been leading the Business Connectors programme for a number of years. Bill hails from the USA and is perhaps best known for his regeneration efforts in Harlem where he successfully convinced US banks and retailers that there was a social need in in the area’s underserved markets that could be turned into a commercial success.

Also joining ELBA at the same time is Jamie Robinson, who arrives on a one year contract acting as maternity cover for Andrea Rannard, Operations and Performance Director on the ELBA Community Development team. Jamie joins ELBA from United Way in Canada, the leading North American social regenerator, where he has been working for a number of years.

Liam Kane, ELBA chief executive said “ELBA has been privileged to have the services of someone as senior and as influential as Richard Reid leading the Board and the executive team through some tough times in recent years. I have greatly valued his advice and personal support and we all wish him well in whatever he goes on to do now. In Chris Watson, ELBA has a wonderful replacement; a man with a vision for the future of corporate social responsibility and a worthy successor to Richard.

The senior staff changes are very welcome too and the whole ELBA team looks forward to working with Bill and Jamie as we take the charity to the next stage in its development over the next couple of years. We have a team in place now that can bring out the best in our member companies in supporting the East End community in taking advantage of the opportunities coming their way through the massive commercial and other developments scheduled for the next ten years.

Working with over 100 City and Canary Wharf companies, ELBA enables successful cross-sector partnerships between companies and the community, placing more than 13,000 business volunteers into more than 300 local organisations, schools, colleges and universities every year, and helping several hundred local people into work.

London Works: How deep is your talent pool?Press Releases 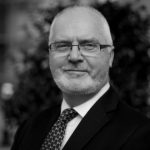 All change at ELBANews, Press Releases