The 2012 Olympics – The effect on employment

When London was awarded the 2012 Olympics, it was met with a wave of different emotions from delight; happiness and elation to concern; pessimism, and annoyance. Whilst we celebrated the announcement of news and the resulting surge in tourism which in turn would bring an upsurge in the UK’s economic performance, (which was still in recovery from the 2008 crash) there were many people pondering what effect it would have on the job market and how the surrounding boroughs in east London might be affected in the short and long term.

The London Organising Committee of the Olympic Games (LOCOG) Employment and Skills Strategy aimed to use the Olympic Games as an opportunity to help local people gain professional experience and enhance their careers. The aim was to target Greenwich, Tower Hamlets, Barking & Dagenham, Newham, Hackney and Waltham Forest with regard to employment and volunteering opportunities.

And the work towards this goal was a success, with people living in one of the 6 host boroughs listed above accounting for:

The office for national statistics showed that in the month leading up to the opening of the games, the number of people claiming job seekers allowance fell by 15,000 which was the largest monthly fall in the previous 2 years. It was also noted that of those 15,000, 5,500 were claimants from the London region while the number of people into work rose by 236,000. This number was also the largest raise in employment during one quarter for the last 2 years, further showcasing the positive effects the Olympics was having on our great nation.

Did the games have a positive long term effect?
This is an interesting question as, whilst the initial outlook from the perspective of local councils and our own government was very positive, it’s quite apparent 10 years on that perhaps the golden sunshine that we all thought would reign above us for the long term is fading.

In 2013 it was reported that the 2012 games could generate revenue of £41 billion by 2020 and have a long term positive impact on the job market, but by 2017 further reports showed that hosting the Olympics does not directly help your city with growth. This was further demonstrated recently when Australia were awarded the rights to host the 2032 Olympics – which turned out to be due to no other bids being received from any other country.

The games certainly left a lot of great memories for those lucky enough to be involved, and we celebrate those who volunteered their time to help make London 2012 a memory we can share with future generations.

We leave you with a short poem from one of ELBA’s Project managers who felt the vibe, saw the positive aspects the games brought to his borough and how he felt being involved in one of the best Olympics in modern history:

If you’d like to hear more about the work of the Employment and Skills team, please check it out here. 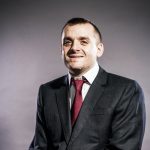 London 2012 – How the Olympics inspired the youthNews